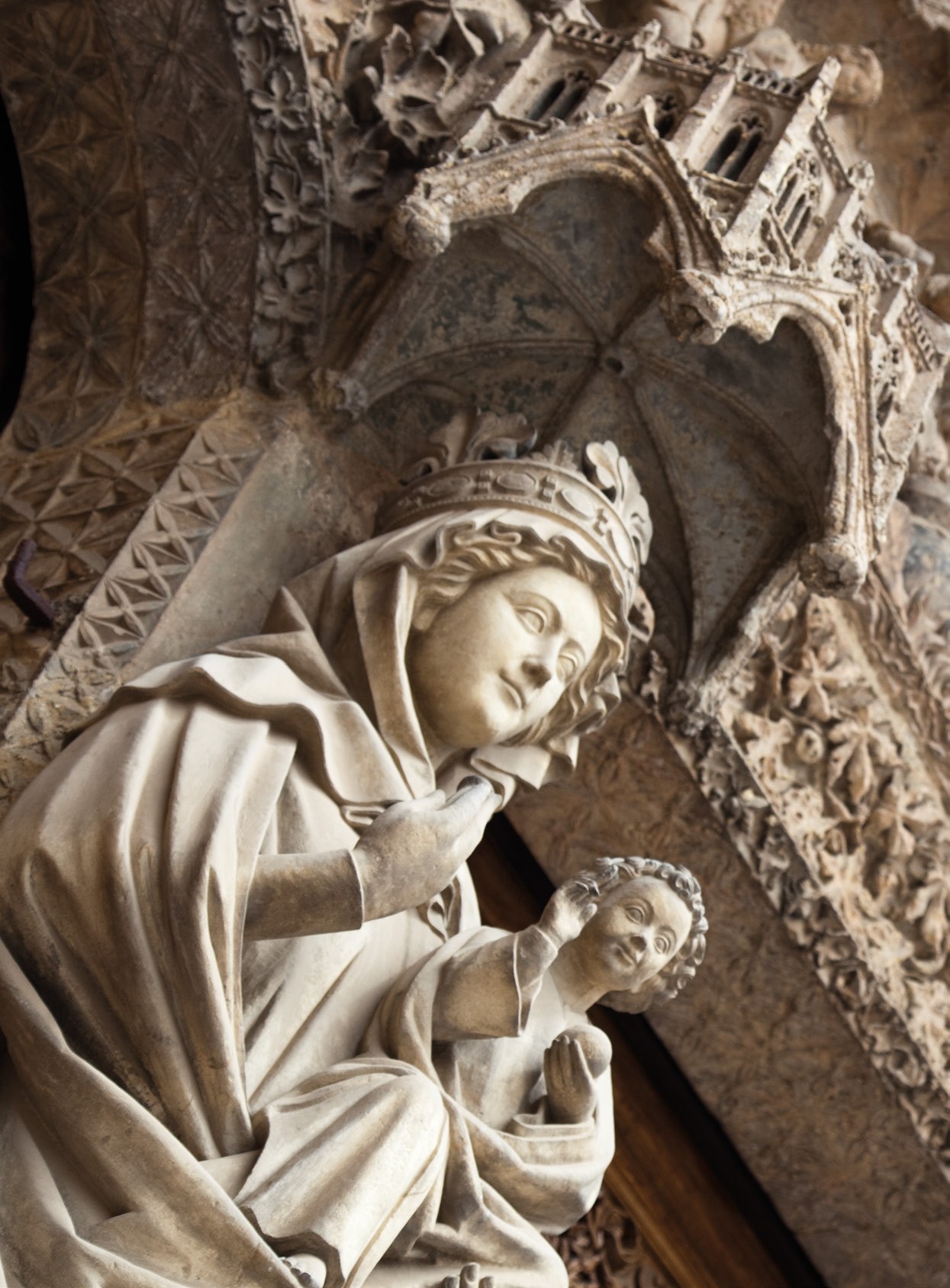 León’s Cathedral, as all cathedrals, can be considered as a palace of the Virgin. It is dedicated to St. María de Regla, and inside it they are also worshiped the Virgen del Camino, León’s patron saint, the Virgen del Dado, the principal of the North façade, the Virgen de la Esperanza and the Virgin of El Carmen with their respective chapels… But fate wanted that an image of anonymous author, the Virgen Blanca, domi- nates the main entrance and the central chapel of the apse, turning her into the true hostess and patron saint of the Pulchra Leonina.
During the first years of construction of the Gothic nave a fact that links their fate to the Virgen Blanca oc- curs. In 1214, the nobleman Diego López de Fenol bequeaths his estate to the cathedral to make a sculpture of the Virgin. And the image, author unknown, was chosen by the creators of the temple to preside over the main facade and made the rest of the reliefs, as the entire cathedral palace revolved around her. The medieval Marian, and in particular fervor the villages of northern Spain by the Virgen Blanca, did the rest. Arguably, fate would have it The White out the image and host the Pulchra Leonina, her employer. And the same fate made that sculpture, originally painted, lost time with his painting to show the clear tone of the monolithic limestone rock in which was carved. Simple and natural. White on the outside and inside, as its name. The replica made in 1954 by Andrés Seoane for the front door also omitted any reference to the original polychrome, and the original image, since it is kept in the central chapel of the cathedral apse . It is as if fate had wanted from the beginning that the Virgen Blanca dominates both ends of the Cathedral’s axis and she were its origin and end.