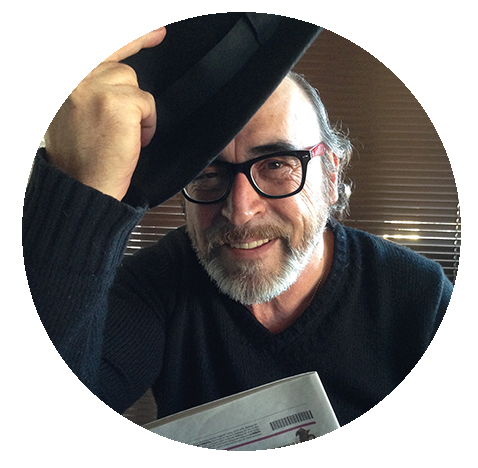 01 Feb The mole who hated the ogive

Every cathedral staples the nape to your back, its height capture the astonishment and there is always a vault or a pinnacle that leads you to imagine the brutal vertigo that the masons who built it had to overcome. Here in León, the builders came in good number from France together with the master architect, their fellow countryman Henry. That is why this cathedral is so French from the cross to the line, from the ridge to the floor, child of Reims’ Cathedral in its floor, of Notre Dame in its carved stone and of Chartres’ Cathedral in the overhelming stained glass window.

The Gothic mass began to rise in 1205 with much trouble for being on changeable stories —a Roman bath, a royal palace, a Mozarabic mud cathedral and, on top of that, another Romanesque brick cathedral— but it would end up erect and splendid defying the centuries despite of a huge mole who had to hate the avant-garde ogives for being a creature of the dark Romanesque and the old Mozarabic clergy. A mole that every night pierced the foundations, demolishing all the work of the previous day. Look at it well, they said to me as a child, you can see it up there hanging. There, on the box girder of the entrance door, that is its dead skin, they hit it with a stick. And I looked at the mole in its shadowy height with a certain tremor, but also with the secret complacency with which one looks at an executed man because it deserved it.

Now we know that it is the shell of a leatherback turtle, probably an offering or present of an Spaniard who overcame some bad transatlantic crossing. But I continue telling the children that blessed hoax that terrified me but has something didactic, because that mole —I tell them— was secretly fed by those who sought to prevent that the Gothic Europe of a great cultural torrent entered into that city of blind wall, closed gate and ideas with crenels.

Vain attempt, Europe came in; and in what way. Free from the mole, a lot of stonemasons, blacksmiths, fresco artists, gouge masters, glassmakers, carvers, sculptors, goldsmiths… arrived from all over the world. And everything would be unflagging for three centuries in a city that learned to continentally beat by breaking its craggy roof of tile and frost.

After telling them about the mole, I have the kids in my pocket showing them the flamenco nativity scene that is housed in one of the ambulatory chapels… I have not seen more beautiful and fascinating nativity scene, alpha and omega composition, polychromatic image. It is an anonymous precious carving, jumbled with sheep, hounds, shepherds and castles… is the jewel of my childhood fantasies.

And finally, arousing curiosity, I ask them to grow up to teach them one day the secrets of that Gothic ashlar, the oldest in Spain, which extols the sacred history in walnut and hides in the obscure the obscene mischievousness of that Medieval catechism that offered a paradoxical freedom to the artists in order to censor sins and customs.

And an advice to all: you have to come alone once and sit down slow… and if the organ sounds, you will understand what Emile Cioran said about Bach’s music: «it is a ladder of tears that goes up to God»… although here in León the tears turn into coloured glass when they go through those windows… and that heals the way of seeing things.